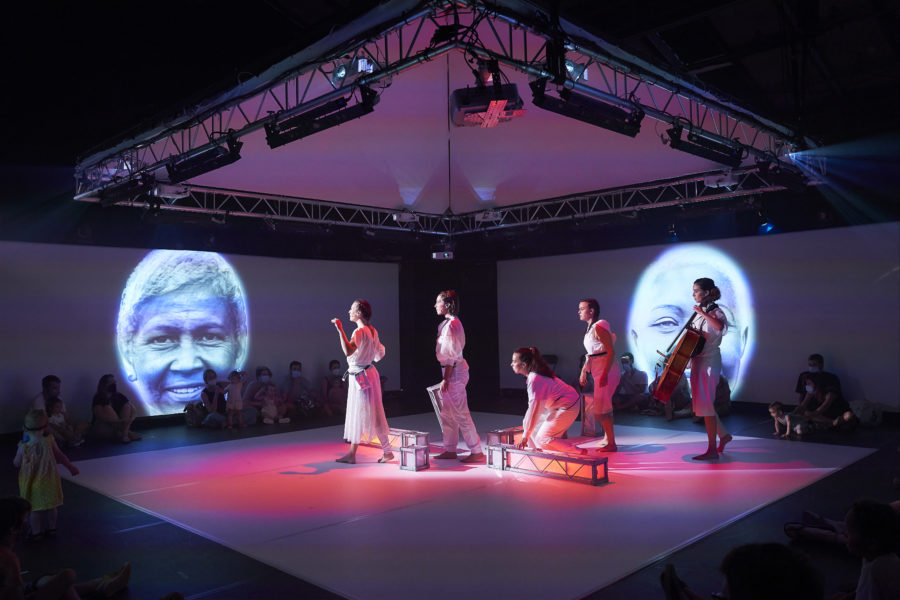 After the premiere last July at the Grec Festival with all the tickets sold out, Bob Marley for babies packs all its scenography and lands at the Naves del Matadero (Teatro Español) to open the season 2021/2022.

The show could be enjoyed for 3 weeks (18 performances); Saturdays and Sundays at 5:00 pm, 6:15 pm and 7:30 pm, from September 11 to 26. Bob Marley for babies sold out at the beginning of September, a sign of the great reception the show has received.

Proof of this are the two press reviews of the piece.

“[…] The ideology of La petita malumaluga, which does not reject political discourse or social positions, is born from a critical view of what is usually done for children. That’s why their creations are very clearly detached from the clichés. And that is what is surprising. […]”. El País (see news here)

“[…] La Petita Malumaluga engages in a one-to-one dialogue with babies, putting them on the same level, treating them as citizens of our times, placing them in a universe that is not at all childish, which is rather sophisticated, elegant and visually powerful but very strict and not very permissive with the usual conventionalisms […]“ Susy Q (see news here)

Bob Marley for babies is a creation co-produced by two of the most relevant institutions in Spain: Festival Grec in Barcelona and Teatro Español/Naves de Matadero in Madrid. An unusual conjunction of forces in the family scene.

No comments yet
×
Cancel reply
Recent